Harriet Tubman Museum of Cape May 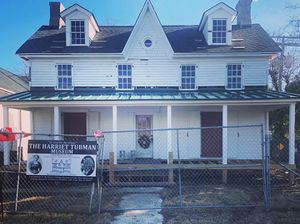 The Harriet Tubman Museum of Cape May as of early 2020. 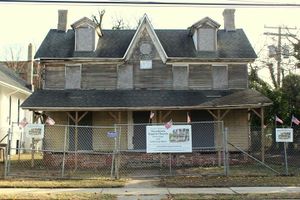 The centuries-old parsonage next to Macedonia Baptist Church, which, it was hoped in mid-2019, would become the Harriet Tubman Museum of Cape May.

Harriet Tubman lived in Cape May in the early 1850s, working to help fund her expeditions to free fugitives. After her initial journeys transporting fugitive slaves to Canada, her friend and abolitionist leader Franklin Sanborn wrote, “She returned to the states, and as usual earned money by working in hotels and families as a cook. From Cape May, in the fall of 1852, she went back once more to Maryland, and brought away nine more fugitives.” The New Jersey Historical Commission says she spent two other summers in Cape May.

Cape May played a pivotal role in the fight to end slavery. Several historic figures critical to the fight against slavery spent their summers in Cape May.

The Harriet Tubman Museum building is located on a block that anti-slavery activists called home in Cape May. Lafayette Street and Franklin Street became a center of abolitionist activity centered around three important buildings developed in 1846.

Note:  The above descriptive information came from the museum's About page.