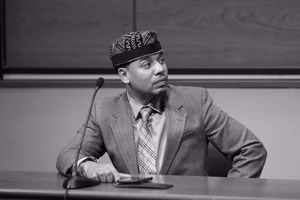 The Mayor's Office of Black Male Engagement (OBME) operates as the only office of its kind in the United States of America. As an intentional branch of Philadelphia's local governmental structure, the Office looks to serve as a "voice" and liaison between individuals/organizations and local government. Utilizing a policy driven – collective impact model, OBME leads the City's work around closing the opportunity divide for men and boys of color.

OBME works to align and focus resources and initiatives towards the specific goal of reducing economic and social disparities along with improving outcomes for Black men and boys and the communities in which they live. The overarching purpose of OBME also includes a focus on serving Latino, Asian, immigrant and other populations of men and boys in the City of Philadelphia.

Note:  The above descriptive information came from the agency's home page.