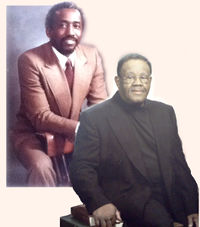 New Freedom Theatre is celebrating 50 years of excellence in arts education, professional productions and community engagement. We continued that tradition with the introduction of Guest Artistic Directors in 2014.

"Freedom showed that theater is not about bright lights and big budgets, but rather the stories through which we find the ability to discover ourselves." (Philadelphia Weekly)