Peter J. Stevens in his own words

Peter J. Stevens in his own words
(A Wikidelphia-style autobiography) 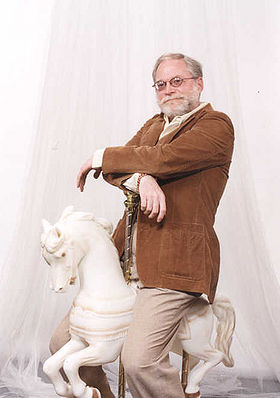 I came to Philadelphia by way of Pittsburgh (b), northern Indiana (high school), and much later, Chicago.

I do have fond memories of PGH, but they are those of a child and a grade school adolescence at that. Came the hippie movement and I found myself living on the beach of Lake Michigan, soft sand in my hair, dancing to Sgt. Pepper on the radio, thinking of Woodstock in the East -- ah, yes, if you remember the ‘60s you really were not there.

My college was in the land of what would become Larry Byrd country, at Indiana State University; and then on to the serious business of making a living and raising the next generation.

Where is the fortune teller when you need her? The fickle finger of fate eventually became a roommate and, to quote John Lennon, “Life is what happens when you have made other plans”. I eventually found myself with twenty years of life experiences, some interesting jobs behind me, and having raised a family and a half.

There were good times, there were bad times – but they certainly were times. Most things I can tell my mother about, but then there are those things that the statute of limitations has not expired on yet and so they are left to be enjoyed in private.

Over my early adult years I was involved in many associations and societies (and some still am), most of which I have served on the board or in some other capacity and have helped to lead their direction. I have been involved in several professional societies relating to my vocation; I have acted in several productions of Gilbert and Sullivan operettas; I was a volunteer fireman, I taught what was then referred to as Data Processing at the college level, and have been heavily involved in a couple of organizations that are designed to help and aid “us” within the A.D.D world.

I was lucky to get through high school and, even more so, college -- so when my then-current girlfriend insisted that I take the entrance exam for American Mensa, Ltd., I was to say the least resistant. But she prevailed and, in a moment of total weakness, I took the test -- to my surprise I passed! I was invited to become a member of Delaware Valley Mensa (DVM) [1] and Intertel [2] (both of which I joined), as well as the Triple Nine Society [3].

Shortly thereafter I was invited by the DVM Executive Committee to join the board as the Program Coordinator, a post which I accepted and have held (with a short hiatus while serving as the chapter’s President) since 1997. This duty requires me to provide a speaker at the monthly General Membership Meeting. (Although we do not pay our speakers, it has never ceased to amaze me what quality speakers on every sort of topic one can get just by asking.)

In 2001 I ran to be the President of the group and won, serving two terms and then returning to the Program Coordinator’s position. I am not sure but I think I am the second longest contiguous member of the board.

During my membership with Intertel, I was the Regional Director for PA, NY, DE, MD, TN and KY (better known as Region III). I coordinated activities for social interaction, combined many activities with DVM, and planned and once hosted an international convention.

I've been living in the Philadelphia area since February 1988, and moved into Philadelphia proper in 1993 when I accepted a position as Programmer/Analyst III with the city. I have lived within the city limits ever since; first in the Rittenhouse Square area followed by eight years in the Italian Market section, and now nine in the Art Museum neighborhood.

During my time with the city I've worked as a software engineer for the Revenue Department (taxes), and most recently with the Philadelphia Police Department. Unfortunately my computer language became obsolete -- I transferred to the Forensic Laboratories as an Administrative Support Specialist (Business Analyst).

I've been married, at separate times, to two women, and raised a son and daughter and a step-son. Both my children are still nearby, my son an oncologist living in the King of Prussia area and my daughter working for DuPont Children’s Hospital in Wilmington Delaware - my daughter has blessed me with two grandchildren, Esperanza (10) and Jose (8). 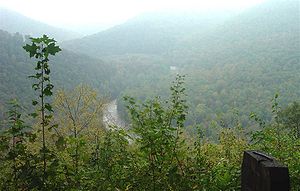 Over the years I have tried my hand at any number of activities, from hang-gliding to SCUBA diving to participating in automobile rallies. I currently am active in playing golf, sailing and playing bridge . . . although with a bad knee I can no longer go skiing (water or alpine) or ice skating, nor participate in any sport that requires running or quick starts and stops. (Try to think of a sport that does not require running or quick starts/stops as a requirement! I think I have got them bases covered.)

I have a summer cabin in the Endless Mountains of Pennsylvania where I spend time away from the “rat race”. There are at least eight wineries within an hour’s drive of my point two of an acre of Heaven - that makes for a very mellow afternoon of wine sampling.

Man of the city

One of things that I like about working for the Police Department is that, in my small way, I am helping to make the City of Philadelphia, and the surrounding countryside, a better place to work, raise a family, shop and just basically live a safe and enjoyable life.

Despite much mismanagement over the years, Philadelphia is still a vital and world-class city. Situated right smack dab between New York City and Washington, District of Columbia, makes Philadelphia an idea location to prosper from the hassle/ bustle and the world interaction buzzing around both cities . . . not to mention Baltimore. Many people choose not to live in New York City but commute from a more civilized and less expensive town, and it is quicker to commute from here to NYC than it is from many of NYC’s suburbs. Go figure!

With the Phillies, Eagles, 76rs, Flyers, the soccer team in Chester, the River Sharks (ain’t that just the greatest name for a sport’s team?) in Camden . . .

With more colleges and universities than any other city in the world . . .

With Philadelphia containing the most historic square mile in the Americas . . . First capital of the USofA and home to Franklin, Washington, Adams, Betsy Ross, and those involved from all over the colonies that made up the first and second Continental Congress . . .

With more styles, variation and the quality of food served in the area’s restaurant . . .

A city made up of neighborhoods, including ethnic backgrounds from all four corners and the seven seas of the world . . .

With the world’s largest urban park system and the only National Wildlife Refuge contained within an urban boundary . . .

Philadelphia is truly a world-class city, containing all the elements that people hope to find to make their life exciting and worth living.