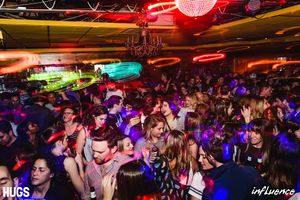 Frankie Bradley was born Frank Block in South Philadelphia in 1895. He had a successful career as a Jewish prizefighter operating under an Irish name. Frankie Bradley opened the restaurant bearing his name on September 15, 1933, just under two months before the end of prohibition on December 5th.

The business ran for 53 years until the 1990’s when it was reopened as a lesbian nightclub called Sisters. Sisters eventually shut down and was then purchased by Mark Bee.

The building was restored and enhanced. Nostalgia was returned while incorporating Mark’s unique stamp, and the building was given back its original name, Franky Bradley’s.

Note:  The above description came from the company's Facebook About page.