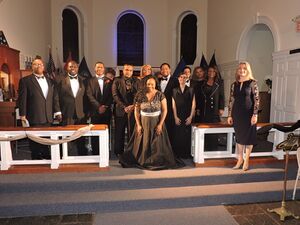 Members of the Marian Anderson Museum and Historical Society.

​ The vision of the MAHS to rise as top best Historical Museum destinations in the United States as well as to continue evolving to become one of the premiere Classical and Vocal Arts organizations worldwide that launches Professional Careers of Talented Educated Artists.

Note:  The above descriptive information came from the organization's MAHS Mission Statement page.