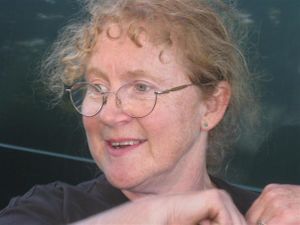 It's Spring and Sally is in her element. Her gardening expertise has her on the radio and in the blogs. As her husband, I often stay late at work only to come home to an empty house: Sally is off helping toads migrate across the road near the Roxborough reservoir. Sally is one of Mother Nature's own mamas! How else would the toads survive in the city if Sally and her comrades didn't run interference to prevent the squashing of dozens of fat pregnant toads by cars on the road?